● Love exceeds . . .
● Love surpasses . . .
● Love outshines . . .
Love Conquers Hate ---◘
Rosario Dawson : Why She Supports Bernie Sanders ◘ http://youtu.be/4gpCUBvB_qs ◘
Love Transcends Hate ---◘
It’s too soon to give up.
If Sanders takes New York on the 19th, he will probably be our next president. And then, real reform will be possible.
Bernie Sanders has been right for decades.
Hillary has been a Corporatist for decades. Both of their records are clear.
From the crime bill to welfare reform, Hillary Clinton devastated black America.

“In her support for the 1994 crime bill, for example, she used racially coded rhetoric to cast black children as animals. ‘They are not just gangs of kids anymore,’ she said. ‘They are often the kinds of kids that are called super-predators. No conscience, no empathy. We can talk about why they ended up that way, but first we have to bring them to heel.’ ”1 The Nation http://thenation.com/article/hillary-clinton-does-not-deserve-black-peoples-votes
Draw The Line in 2016
Between Public & Private Representatives 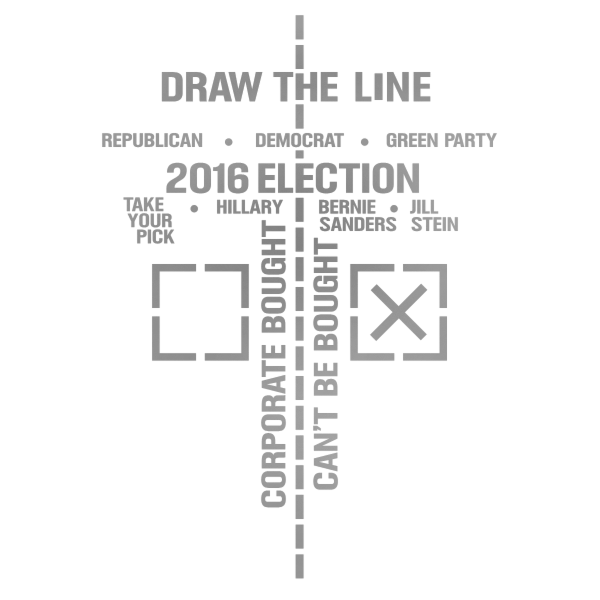 Draw The Line in 2016 ✄--- uResist.org/vote/2016 --- ✔ Make this Election about public rather than private interests, with democratic-socialism.