If McCain wins we are all in trouble. A man who sings songs about bombing Iran (another country that hasn't threatened us) and thinks a 100 year war is just fine, is not a man who has any idea how to bring peace to the middle east and morality to our foreign policies, let alone bring this country together. Obama has the ability to move people to action. It's important for the left to get a win. There is only so far right and authoritarian that we can move before slipping into fascism. As journalist/author/activist Naomi Klein suggests:

"More than that, what we are seeing with the crash on Wall Street, I believe, should be for Friedmanism what the fall of the Berlin Wall was for authoritarian communism: an indictment of an ideology." -Naomi Klein WATCH... 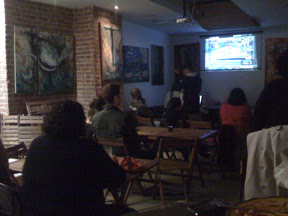 After Obama won
the celebration took to the streets... 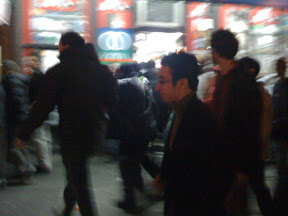 ...a party greater than any New Year's Eve